In collaboration with the Fire Research Unit, Fire & Rescue, New South Wales, Australia, a collaborative fire investigation study was carried out on an actual fire incident occurred in an aged-care facility located at Quackers Hill, NSW in February 2012, which unfortunately caused 14 elderly fatalities. The major objective of this fire investigation is to unravel the cause of the fire and identify the legal responsibility. Mock-up tests were carried out in a compartment room of a fire safety facility site located at Londonderry, NSW to reconstruct the actual fire scenario. Experimental measurements and video footages were obtained during the tests over time to capture the major events of the fire development. According to the post-incident investigations, details of the fire scene was gathered to reconstruct the experiment to study six possible ignition sources locations. Afterwards, numerical simulations were carried out to investigate the fire scene including the fire growth, flashover and debris after the burn [34]. According to the simulation results, it was believed that two beds closest against the doorway were lighted up by the suspect while the flashover occurred at around 600 s after the ignition. The numerical result was provided as a piece of evidence on court and was used by the prosecution to convict the suspect for his guilt in 2013.

Recent high-profile building fires involving highly combustible external cladding panel in Australia as well as Dubai, China and the United Kingdom have created a heightened awareness by the public, government and commercial identities to act on the risks associated with the non-compliance building structures. I have formulated a database of fire events involving combustible aluminium composite panel based on (i) review of relevant major fire events in Australia and other countries and, (ii) numerical simulation on the ignitability, fire spread, and toxic emissions associated with composite panels. Through the application of computational fire predictive models, the associated risks for a standardized two-storey building with external cladding has been considered [36]. A total of sixteen simulation cases with different initial sizes of the fire and different air cavity widths in the exterior cladding assembly have been examined to investigate the tolerable situations and their influences. It was discovered that for most of the cases, with an initial fire size greater than 400 kW/m-2, the fire will spread from the first to second floor before the allowed egress time period.

Owing to the extensive use of polymers in building products, there is the urgent need to resolve the present fire risks of highly combustible cladding products. Apart from understanding the risks associated with cladding materials on buildings, it is also essential to evaluate the underlying risks of existing non-compliant materials on buildings for residents, owners, and the public, and for firefighters during the management of such fire events. I have created a fire risk perception survey by a collaborative effort from Fire and Rescue New South Wales (FRNSW) and University of New South Wales. The survey can be subdivided into four major parts, i) demographics, ii) risk awareness and identification associated with cladding material, iii) the firefighter's own perceived risk associated with cladding fires and iv) risk mitigating behaviours. The majority of the questions are designed with five distinctive levels (i.e. ranging from rare to almost certain, or negligible to very high), and it was distributed to firefighters from major states and rural fire agencies around Australia. The results formulated a large and comprehensive database to increase our understanding of the firefighter’s risk perception associated with combustible cladding materials [see attached document]. 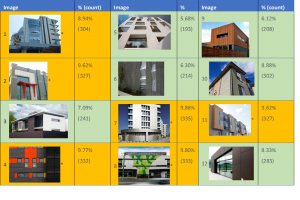 Followed by our success collaboration with Fire & Rescue, NSW on the Quackers Hill aged-care facility fire investigation study, another corroborative project was then undertaken to reconstruct the fire scene of a series of fire test burns carried out in Parkes, NSW, Australia. The main objective for this project is to provide simulated fire scene reconstructions for the online training program (i.e. E-Fire Investigation: http://www.efireinvestigation.com.au/), where fire-fighters can be trained through a proper understanding of the fire development in a compartment with specified amount of fuel loads [39]. Again, the simulation and visualisation tool FDS and SMV version 5.5.3 were utilised in this study. The fire was ignited at a garbage bin and it lighted up the adjacent coach. The initial fire spread on the coach was successfully captured and the carpet burning scene was also adequately replicated by the model. This further demonstrated that FDS could be a reliable numerical tool for fire scene reconstruction. With the generated fire scenes using SMV, the visualisation of the fire development in the compartment room was provided to complete the training program.